Magnetic Susceptibility is the degree of magnetization of the surrounding rock in response to an applied magnetic field allowing the interpretation of the inherent ferromagnetism of the surrounding rock.  The probe used is a 38mm diameter probe which reliably logs boreholes of varying diameters. The measuring range is chosen so as to identify layers containing magnetite.  These probes have been designed mainly for identification of Fe minerals - magnetite, pyrrhotite ilmenite and hematite. The data is to be used for the quantitative interpretation of the magnetic components in the rocks and the estimation of layer thickness. 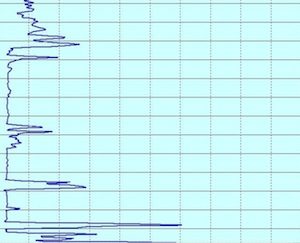 The measurements can be interpreted to reflect lithological changes, a degree of homogeneity and the presence of alteration zones in the rock mass. During the process of hydrothermal alteration, primary magnetic minerals (e.g. magnetite) may be altered (or oxidized) to weakly- or non-magnetic minerals (e.g. hematite). Anomalously low susceptibilities within an otherwise homogeneous high susceptibility (ferromagnetic) rock unit may be an indication of altered zones.

Basic flows and diabase dikes containing higher concentrations of magnetic minerals can be easily outlined with magnetic susceptibility measurements when they occur within a sedimentary sequence that normally contains little or no magnetic minerals.

The Standard range tool is more sensitive and typically used when there is no Magnetite deposit. 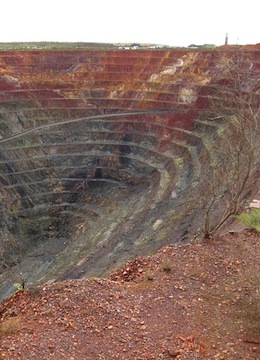