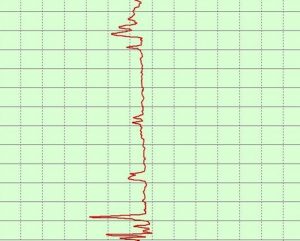 In overburden for groundwater studies using logging methods (usually in fresh pore-water conditions), conductivity values are commonly expressed in terms of resistivity (inverse of conductivity); high relativities are associated with coarse-grained materials (sand and gravel) and lower values with silt and clay (due to conductive clay minerals).

In overburden logging studies directed towards detection of groundwater contaminants (e.g. leachate monitoring studies, or salt water invasion), electrical results are given in terms of conductivities.

Induction electromagnetic conductivity loggers do not require contact with the formation or fluid in the borehole; hence, they are commonly used in plastic-cased boreholes in engineering and environmental surveys (the method does not work in steel casing). A high frequency electromagnetic is a signal transmitted from and received by two coils in the sonde. The magnitude of the induced electromagnetic field (the so-called out-of-phase or quadrature response) is proportional to formation electrical conductivity (at relatively low conductivities). The necessary spacing between transmission and receiving coils in the sonde results in the observed conductivity being the average of a large volume of material around the sonde, the extent of which is governed by the inter-coil spacing; hence, a form of smoothing is imposed on the conductivity log. Furthermore, most induction logging sondes have been designed to be relatively insensitive to near effects (such as a change in hole size or saline drilling fluids), and most of the conductivity response comes from 15-100 cm out from the tool. 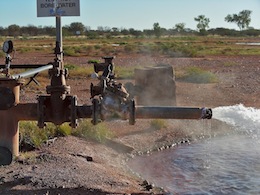